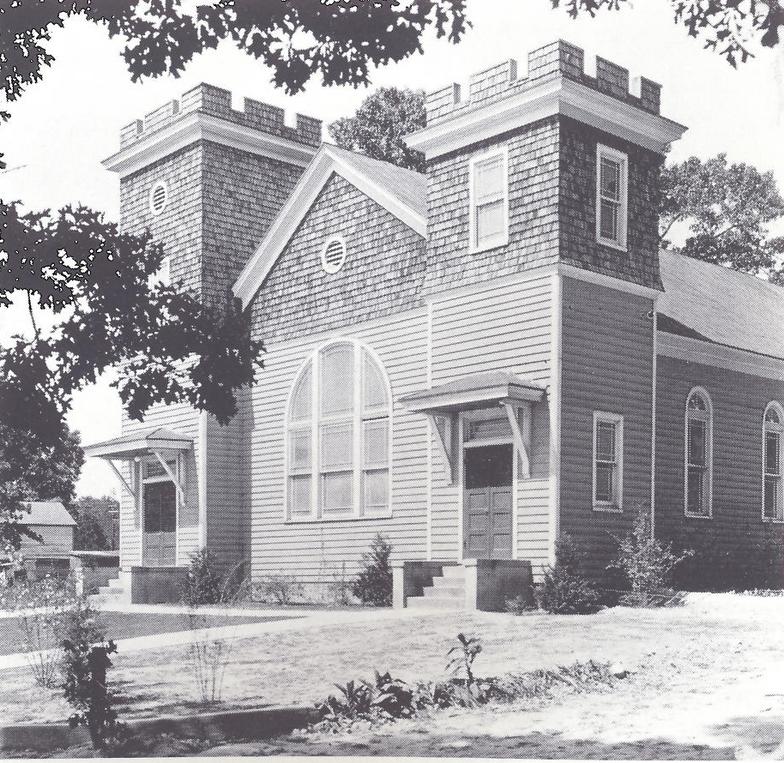 In 1927, Reverend J. H. Binford led the remodeling of the first structure into the building we know today as Historic First Baptist Centralia.

The plot of land on which the first church was located was given by Mr. and Mrs. P. A. Chalkley (White).  The small group of members who came from Salem Baptist Church, worked their way from a bush arbor to worship in a small building located on the west side of the plot.  Under the pastorate of Rev. T. H. Johnson a new building was erected.  During the administration of Reverend J. H. Binford, this same building was remodeled into the building we know today as Historical First Baptist Centralia.

Finding favor with God, the First Baptist Church has always grown and prospered.  In 1950 Rev. Samuel Moss Carter was called to be its pastor.  The church continued to grow in fellowship, stewardship, and service to its members and the surrounding areas.  Some of the organizations that began under the first pastors changed; some remained in tact.  Others remained with improvement.

In 1962 the church purchased 72 acres of land which it later sold to purchase land for its present site on Kingsdale Road.  On July 1, 1962, a groundbreaking ceremony was held for the upcoming new edifice.  The congregation entered the new building for its first service on August 4, 1963.  On Homecoming Sunday, October 21, 1973, ten years after entering the edifice for the first worship service, a mortgage burning ceremony was held to liquidate all indebtness held by First Baptist Church.

The first Baptist church called Dr. Wilson Edward Brown Shannon to be pastor in October 1990.  He was installed on Sunday evening, March 17, 1991.   Having a vision for an even greater ministry, Dr. Shannon saw the necessity to extend the Family Life Center.  On Homecoming Sunday, October 1996, a ground breaking ceremony was held for the extension to the Samuel Moss Carter Family Life Center under the theme, “It can be done and we can do it.”  The scripture reference was Nehemiah 4:1-6.  On March 20, 2011, Dr. Shannon and his family celebrated twenty years of being at the helm of what he calls “The Flagship Church.”